Published by Valorem Reply
The meteoric rise in popularity and value of the bitcoin cryptocurrency has left many people may be wondering what bitcoin is, why people are willing to pay so much for it, and what implications it could have on the future of our monetary systems. The answer lies in the breakthrough functionality that supports Bitcoin and other cryptocurrencies known as "blockchain." In this post we'll give you an introduction to these new technologies, how they work and potential use for them in our society today and in the future.

Blockchain is defined as "a continuously growing list of records, called blocks, which are linked and secured using cryptography." This innovative technology supports Bitcoin and a growing list of other cryptocurrencies, like Litecoin and Ethereum, however, it has the potential to significantly impact future business with applications far beyond monetary systems and currency replacements.

At its core, Bitcoin is an open, distributed, trustless ledger that facilitates secure online transactions. Digital currency, known as tokens, are exchanged for products and services on an open, peer-to-peer network. The program running the network is the blockchain, and the tokens distributed are bitcoins. While much of the current media focus is on the value of the bitcoin tokens, the value is truly derived from the blockchain itself. This ledger technology is based on the Merkle tree data structure, making it cryptographically secure and non-editable. Simply put, it provides access to irrefutably accurate cryptocurrency credits and debits to any user within the network. While it may sound counterintuitive, that is what makes Bitcoin trustless: it does not require a third party to verify transactions because the blockchain allows you to inspect the logs for yourself.

In our current implementations of money, users of the currency rely on third parties, like banks and credit card companies to keep a ledger. We must trust that the transactions and ownership records (like property) are accurate and reliable. Furthermore, the users of the currency are not privy to the contents of these third-party ledgers. That means we cannot independently verify the credit and debit history of the people we do business with. In contrast, Bitcoin is open and distributed. If you would like to inspect the ledger of someone you are about to make a purchase from, you are free to do so through web tools like BlockExplorer. The blockchain provides complete transparency and visible accountability for all users of the cryptocurrency.

The blockchain represents the first time in human history that we have an implementation of a ledger of credits and debits that solves the Byzantine Generals' Problem of potential communication failures that may occur without common knowledge. This is a highly significant breakthrough with the potential to impact large organizations that have become fundamental to our everyday lives. Throughout history, we have been reliant on outside entities to keep a record of our ownerships and transactions. Imagine the potential disruption to these institutions, like banks and government agencies, if we no longer have need for their services.

How Bitcoin and Blockchain Work 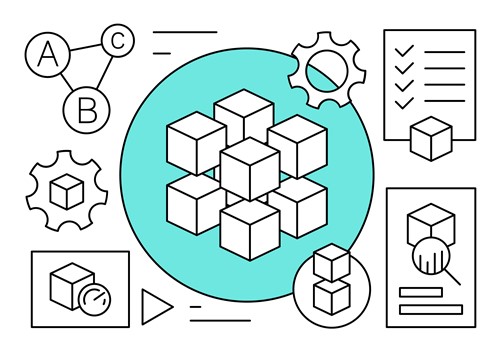 There is no simple answer for how the Bitcoin ecosystem works. From a high-level view, you have a distributed ledger, which can be thought of as the blockchain. Computational power is required to maintain this ledger as transactions need to be propagated across the peer-to-peer network. The ledger enables one to spend bitcoins as currency. To contribute to maintaining this ledger, complex cryptographic math problems need to be solved. At this stage of Bitcoin's evolution, special computer chips have been developed to solve these problems. As a reward for helping push the transactions around the network, tokens - known as bitcoins - are rewarded to the person or group of people who solve the problem first. These bitcoins can then be spent on the network for goods and services.

The fantastic thing about these tokens is that they are digital. You do not have to spend one bitcoin all at once. A better way of representing ownership is that an individual has 1.0000 bitcoin. They could spend 0.0002 of their token and still have 0.9998 tokens left. The total amount of these tokens in the Bitcoin network is limited to 21 million. As of late 2017, there are only about 4.3 million tokens left to be given as rewards, but that does not mean there will no longer be incentive to power the network. Once there are no more token rewards, miners who power the blockchain network will still receive incentives from transaction fees used to send money across the network.

Blockchain In Use Today 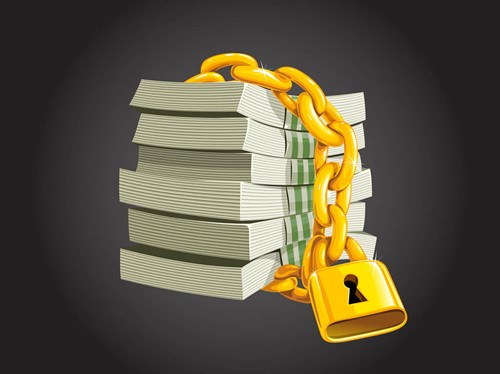 Though still in its infancy, this new technology is already being used to transform business models and bring significant efficiencies to global supply chains, financial transactions, and asset ledgers. Some applications already in use include:

Blockchain provides digital trust between parties, and by design, verifies legal actions and processes through transparency; however, there is still work to be done and legal obstacles to overcome before this technology becomes mainstream.

While blockchain technology is still very young, its secure design makes it suitable for a variety of record management activities, such as:

Another potential application is a distributed workforce. Imagine Freelancer, Reddit, and Kickstarter mashed up and powered by blockchain technology. Every community action could be incentivized by cryptocurrency, making it so every active member has a monetary stake. You could find funding, gain equity, contract work, receive payment for work, and arbitrate disputes - all powered by the blockchain.

In addition to purchasing applications, blockchain can also be used to store data and information. Since the blockchain uses the Merkle tree data structure, it can be said that information stored in the blockchain is guaranteed to have happened at that time, and not edited later. Should this functionality increase and find deep use, it could have profound impact on the accuracy of our historical records.

While cryptocurrency and blockchain can be difficult to explain in layman terms, it is a revolutionary innovation that is poised to significantly change the world in the coming years. Blockchain has already begun to innovate monetary systems and banking however, we have only scratched the surface of applications for this technology. The potential to increase security and accuracy of other record management activities like medical history and ownership validation could have a profound impact on our daily lives. Thus far, the bitcoin blockchain ecosystem has proven to be strong and resilient, positioning this technology to become a leading market disruptor that changes the world as we know it forever.

If you wish to explore blockchain technology further, here are some good resources:

What does it mean that Bitcoin is trustless?

Introduction to Bitcoin and Decentralized Technology