Published by Valorem Reply
I hear many people commenting on the significance 2016 has had for them personally. The same can be said professionally as it was a very intriguing year for Valorem. Highlights include the acquisition of IdentityMine, which expanded the team of front-end developers and designers for the company, and the release of the HoloLens!

Even though we started developing HoloLens solutions in 2015, 2016 saw this amazing device become available to the public. As a result, there was an explosion of content and presentations about mixed reality. My colleague and fellow evangelist, Rene Schulte, and I were in high demand to present on HoloLens and other immersive technology topics. Below is a summary of where these events and travel have taken us over these past months. 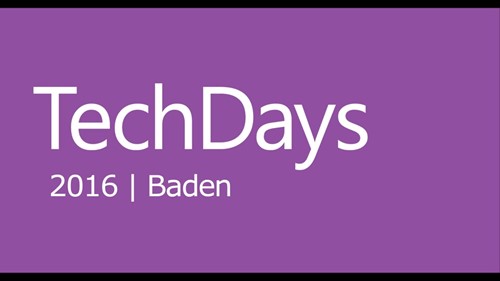 This year’s TechDays (Feb 29 – March 1) was a great event with a keynote by Swiss developer and Microsoft employee Erich Gamma, one of the members of the software architects known as “Gang of Four” and the lead of the Visual Studio code project. I spoke about the Universal Windows Platform and showed how far this platform has come since its inception. Even though TechDays takes place before the Microsoft Build conference where many new features are shown to developers, the TechDays event was rich in information and a very popular event.

Build took place at the end of March this year, again in San Francisco’s Moscone Center. This year was particularly exciting for us, with the opportunity for both Rene and I to share our experience developing our first HoloLens application HoloFlight. We had two sessions in one of the theaters and had a great crowd. Build 2016 was the first time for many to try the HoloLens, and a large number of developers wanted to hear what we had to say about the developer experience. The rest of the conference was a great time as usual, with a lot of networking and new information about the Windows platform as well as Azure and other topics like Cognitive services, AI, bots and a lot more.

The next big event took place end of April in Florida. Xamarin held their third Evolve conference, and the first since being acquired by Microsoft. While the future of the Evolve conference is unclear, everyone hopes that we’ll have more of this excellent event in the coming years. It is a smaller conference than Build, but very rich in information and networking in the Xamarin world. A few highlights (other than the great sessions) were the attendees party at the Universal Studio park (Harry Potter and Jurassic Park!) as well as a keynote with ex-Mythbuster Grant Imahara and the closing keynote with none other than Steve Wozniak, the Woz himself. With a Q&A session during which Miguel de Icaza was left almost speechless (that’s a first!!), the Woz recounted many anecdotes and learnings from his life as an engineer and a creator. Many sessions were given by members of the Xamarin Most Valuable Professionals, including myself; I presented a session about the MVVM Light databinding system. This part of the MVVM Light Toolkit (which I developed and maintain), was developed especially for Xamarin. Android and Xamarin.iOS, allows one to work according to the principles of the MVVM pattern in a very similar fashion than in Windows with XAML. 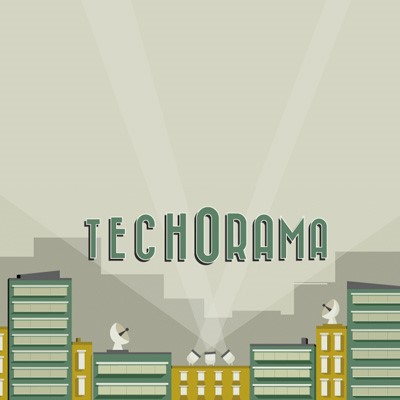 In May I was back in Europe for this conference by the community, for the community. After Microsoft stopped holding their TechDays event in Belgium, some of the user group leaders took over and created Techorama. It’s a lovely event in a movie theater (huge screens and comfortable seats!!) of which I have taken part three times already in the past. This year I talked about Windows Presentation Foundation. This venerable technology (already 10 years old!) was revolutionary when it came out. I talked about the latest developments, especially in the tooling, as well as gave an overview of the features for which WPF still cannot be replaced by the Universal Windows Platform.

Rene and I both were speakers this year at DevSum. Rene talked about HoloLens development from scratch, introducing developers who are more used to 2D development with XAML, C#, HTML, JavaScript or other “classic” technologies. With more than 10 years’ experience developing VR/AR apps, 3D graphics, about half a year of experience on HoloLens, and a whole team working on HoloLens applications, Rene was in his element showing how to develop applications from scratch and giving a lot of precious tips and tricks. I presented an updated version of his Windows 10 UWP talk, including some info about Continuum action and a demo of UWP applications running on a HoloLens. Great success for two presentations that were technically challenging but ran very well. 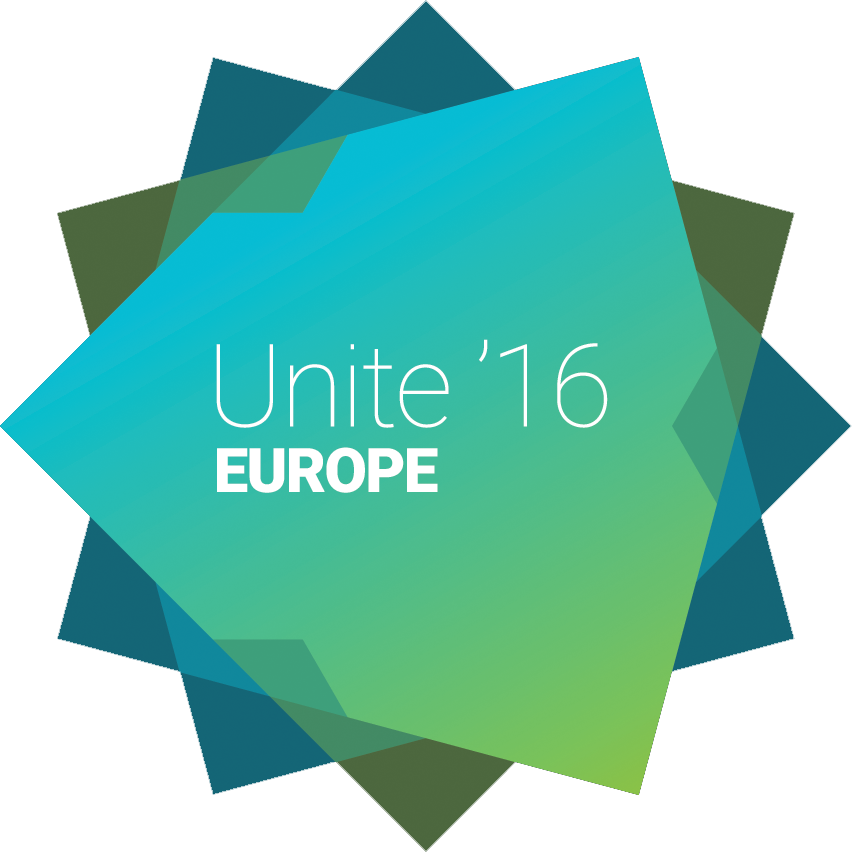 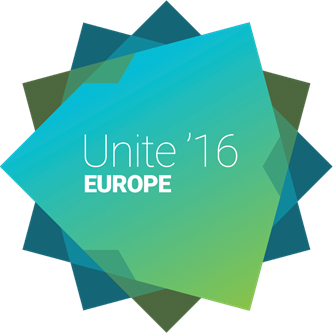 The Unite development environment is the most commonly used for HoloLens development. Initially aimed at 3D game developers, Unity is also often used to create immersive experiences for virtual reality and augmented reality. It was only natural to also start using it for HoloLens experiences (called mixed reality). This year, Rene was selected to speak in the keynote track in front of a full room about HoloLens development. The session went extremely well and was well received. In fact, the whole conference was another great opportunity to talk to a lot of developers and product makers related to VR and AR, and to see how we can use these in HoloLens development.

After Unite Europe, the “HoloTouring” continued in Norway! NDC Oslo is a well-known conference inviting many speakers from the all over the world. Taking place in a large stadium in the center of town, it’s a one-of-a-kind event. Here too, Rene showed the HoloLens development 101 talk and shared our experience. Another wonderful occasion to share our knowledge!

The VS Live series of conferences takes place in various locations in the US, and is a popular event for all kinds of developers, but most particularly enterprise developers. Iwas invited to speak at the Boston event in June, and the Redmond, WA event in August. That last event is notable because it takes place on the Microsoft campus, in Building 33, the conference center. In Boston, I spoke about the Universal Windows Platform, and had a second session about Windows Presentation Foundation. I repeated these two sessions in Redmond with a third one about Xamarin development with MVVM Light.

This event is a huge conference in the center of Paris at the Palais des Congrès. For the first time, I was invited to speak about Xamarin development with MVVM Light. It was an occasion to speak at a conference in French (my mother tongue), which doesn’t happen very often. :) And it was another full room, withpeople standing at back, and many people coming to talk after the session and ask more questions. 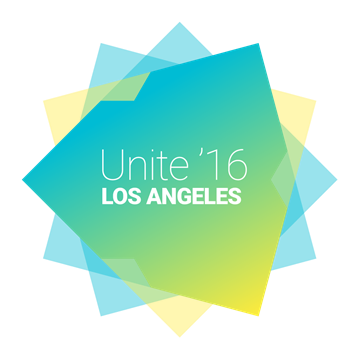 After his great success at Unite Europe, it was a no-brainer for Rene to travel and present his HoloLens session to the audience of Unite in Los Angeles. He was also joined on stage by two developers from Unity’s HoloLens team who shared some insights of the Unity HoloLens integration. Rene extended his talk and demo with some advanced topics that were not presented before, such as a demo of a custom gesture that we worked on called Hand Proximity Interaction, allowing the ability to customize certain hand movements and execute custom actions. We already use custom gestures in a few applications, for example Tower Blocks, where you can pick a block and rotate it using two hands, or the HoloTire application, where you can “touch” the holographic tire to stop its rotation. In his demo, Rene used a block of (virtual) wet concrete and imprinted his hand, just like you would see in front of the Chinese theater in Hollywood. In fact, you can see a recording of this very demo in this very location! The session was again a great success, and another occasion for the Valorem team to discover new techniques and features that third party providers are developing, and which we can’t wait to use in our applications soon.

Just after his LA session, Rene took yet another plane to San Francisco. The VRDC conference (organized by the same team that puts together the popular Game Developers Conference GDC) is an event that every VR/AR/MR developer should keep an eye on. This session was organized in collaboration with Microsoft who also performed some on site demos. This concluded Rene’s “HoloTouring” activities.

The MVP summit is a yearly occurrence, which brings thousands of Most Valuable Professionals to the Microsoft campus in Redmond and other locations in Bellevue near Seattle. This year again, Rene (a Microsoft MVP since 2010) and I (first awarded in 2007) made the trip again and took part to a whole week of sessions. While the content of these sessions is confidential and under NDA, we also made a point of bringing feedback to the various product groups. Windows is in a stable state these days after a tremendous amount of ground work. It is a great pleasure to see all the product groups excited about the new features that they are implementing for the upcoming versions of the Windows OS. It was a great (though exhausting) week and a great pleasure to see the MVP family again.

Back in Europe! This smaller version of the well-known DevIntersection conference in the US was organized in Haarlem, not far from Amsterdam. It saw a number of experienced speakers from the US and Europe talk about various topics from the backend and the frontend, from Microsoft and other platforms. Another occasion for me to talk about Windows 10 and Universal Windows Platform development. 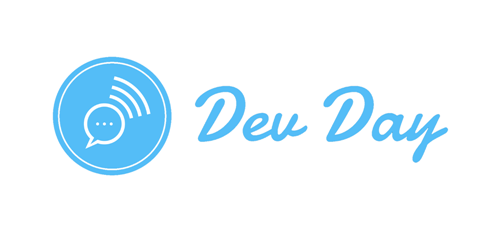 For the last conference of the year, I travelled to Belgium where I talked about HoloLens development in French for the first time! This small event is organized by members of the developer community of Belgium and Northern France and gathered a few hundred developers to attend the sessions on three different tracks. Another great event and another group of developers getting more information about our HoloLens development experience. I also helped with in-person demos of some of our HoloLens applications from the Windows Store.

This was a very busy year as you can read. We sincerely hope that everyone who attended our sessions or demos had a great time, but even more importantly that they got some value from the interaction. Teaching and training is a calling, and we always feel very proud and privileged to have the opportunity to pass some of what we learned over the years to new developers. We want to wish everyone a wonderful start to 2017!