It’s an exciting time in the Azure Mixed Reality world with services like Azure Spatial Anchors (ASA) and Azure Remote Rendering (ARR). ARR allows you to visualize huge 3D models, with the detail of millions of polygons that would have been impossible to render locally on an untethered, mobile device like the HoloLens 2.

The ARR team is working hard and released two new exciting applications since our last post which I’m covering in this blog post: The ARR Showcase App and the ARR Asset Tool. If you have not read my previous ARR post before, I’d recommend reading it first and then coming back here for additional context.

The Azure Remote Rendering Showcase App is an open-source application for the HoloLens 2 that allows users to view these complex 3D models while providing lots of nice tools for dynamic interactions, material changes and other manipulations. 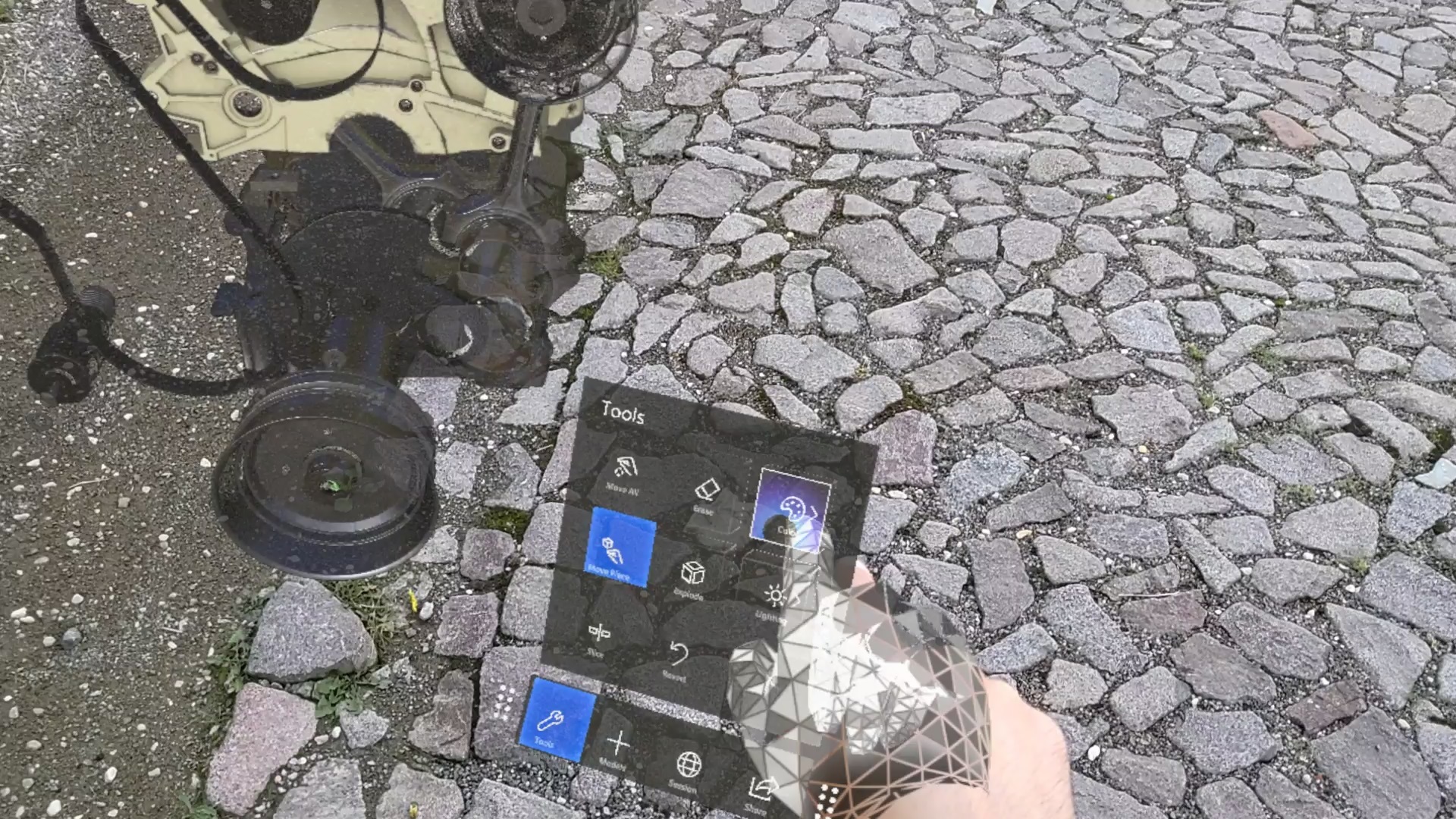 The ARR Showcase app is part of the ARR GitHub repository and can be cloned from there. This Unity app requires some configuration before it can be used. Of course, you must set up an ARR account on Azure first and then put in the configuration values like Account ID and Key into the ARR Showcase App configuration in the RemoteRenderingService object. Also, the Azure Storage account settings should be configured for the app to load the custom models you might have converted before. The GitHub repo readme covers all configuration steps in detail.

In the below video I walk-through the app as a user and cover all its capabilities.

Keep in mind that ARR is in public preview and so are the additional apps. The app had a few bugs I helped to uncover and the ARR team quickly fixed those, so it’s good to go now.

The Azure Remote Rendering Asset Tool (ARRT) is an open-source desktop application that provides an UI for dealing with custom 3D models for ARR. Internally ARR uses a custom 3D model format, so your original 3D models need to be converted before they can be rendered with ARR. Previously this upload and conversion process had to be performed with custom ARR PowerShell scripts and JSON configuration files. Now with the ARRT tool, you can do that all through a UI for upload, conversion and even see what the converted model will look like at the end in the Render view, where you can also edit material properties. 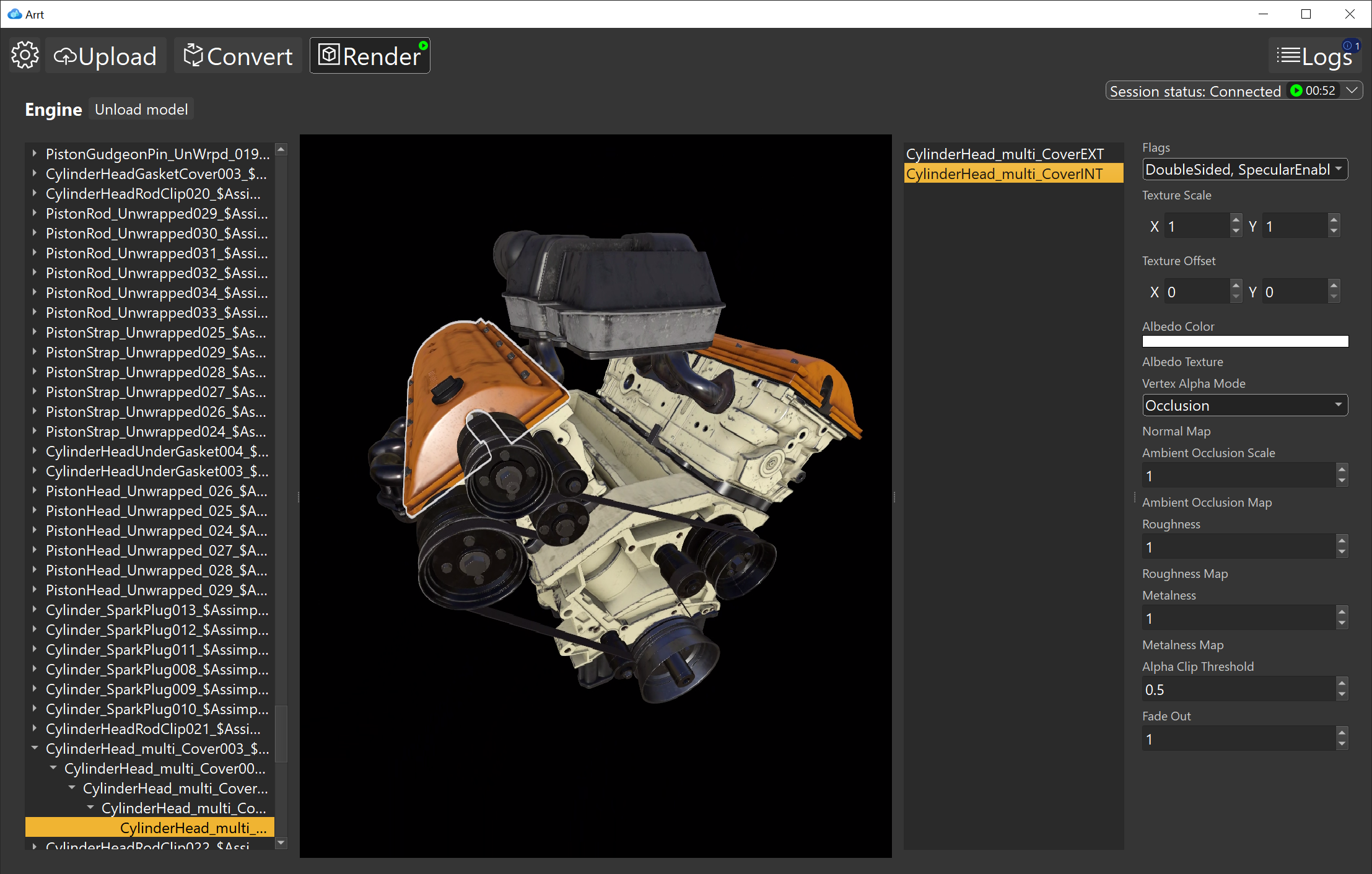 ARRT has its own ARRT GitHub repository and can be cloned from there or you can just download a zipped build from the release page. Keep in mind that before it can be used, the ARRT tool requires some configuration like the ARR Azure account information and the Azure Storage account settings. In the below video I walk-through the tool, show how to configure it, where you need to pay attention and how to use it end-to-end.

The ARR team is actively looking for feedback, also for ARRT. I already submitted a feature request and encourage you to do the same if you run into issues or have improvements in mind. I have been working with the Mixed Reality team for many years and it is a great, open-minded team, working hard to make excellent tools and services.

In order to get started with Azure Remote Rendering, you still need to be quite familiar with 3D rendering and experienced with Azure and HoloLens development. Valorem Reply is here to help with our experienced team of Azure and HoloLens developers, artists, and designers. If you have a Spatial Computing project in mind (with or without Remote Rendering), we would love to hear about it! Reach out to us as marketing@valorem.com to schedule time with one of our industry experts.