One Year of HoloLens: What We've Learned and Where We are Headed

Published by Valorem Reply
The HoloLens official one-year anniversary was earlier this month. This made me think of where we started, where we are headed, and brought back memories of some of the amazing moments we’ve spent with this technology so far.

The HoloLens official one-year anniversary was earlier this month. This made me think of where we started, where we are headed, and brought back memories of some of the amazing moments we’ve spent so far with this technology.

Our journey with HoloLens started with our work with the Kinect team with V1 and V2. After developing innovative applications (such as our Nissan Pathfinder experience) using this excellent but underrated interface, it was only natural for us to start thinking about applications for the HoloLens device as soon as it was announced. The HoloLens’ most impressive feature is probably the spatial mapping that was improved and refined from Kinect. After all, the inventor of HoloLens, Alex Kipman, was also the creator of Kinect.

I remember our first meeting with the HoloLens team and the feeling of excitement that we felt. After the meeting, we immediately started brainstorming ideas for how we could use HoloLens to change the way people interacted with applications. This early discussion, over many iterations, eventually became our very first demo, the HoloFlight application, which was recently nominated for the 21st Annual Webby Awards in the Mobile: Experimental & Innovation category. 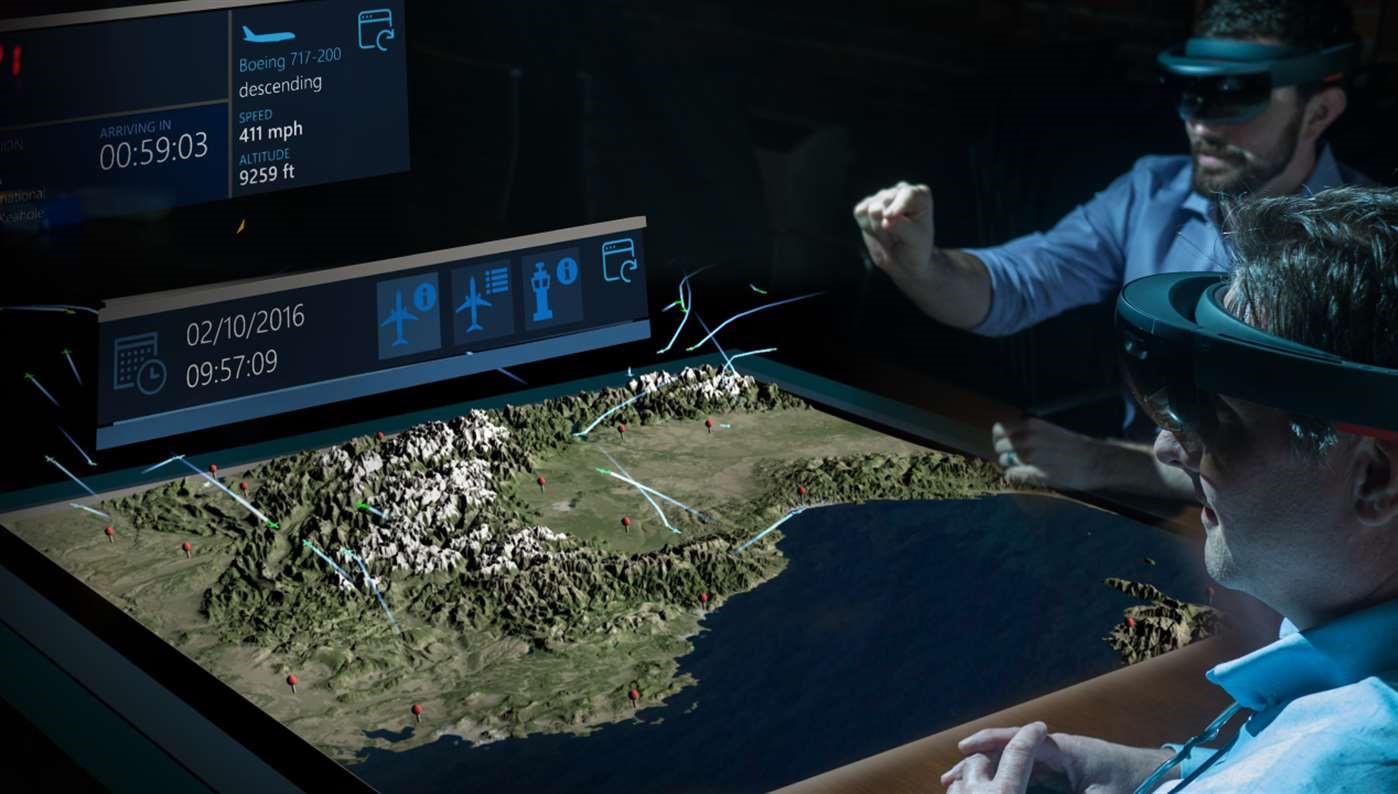 The first time I wore a HoloLens device and was able to visualize planes flying in my living room over the Hawaiian Islands, I was really impressed. I know Microsoft was, too, because Valorem was selected as one of five agencies to take part in the HoloLens academy, where our developers could learn firsthand how to leverage Unity, the HoloLens SDK, and other libraries to build these experiences. Using this knowledge, we created applications such as the telepresence solution HoloBeam, the point-of-sales demo app HoloTire, the collaborative game TowerBlocks, or our skeleton projection proof of concept.

2016 was a key year for augmented reality (AR) and virtual reality (VR). On one hand, we finally have the hardware power to run the experiences with good to excellent performance. Common devices like phones can be used to create virtual reality experiences that everyone can try (using goggles such as Google Cardboard or Samsung Gear). Sophisticated devices such as Oculus Rift or HTC Vive are becoming affordable and provide really high-end quality. The public is also becoming receptive to the possibilities afforded by VR and AR. The Pokémon Go game took the technical world by surprise with its instant popularity.

And, of course, HoloLens provides its own unique features. Unlike Pokémon Go, where the augmentation to the reality is projected on the phone’s screen leaving the user outside of it, HoloLens immerses the user and mixes the “real reality” and the augmentations. The operator’s head is the camera. And the spatial awareness allows unique experiences where the holograms interact with the ceiling, walls, floor, furniture where the operator is.

That said, these devices and technology will continue to evolve. In the future, we will continue to see a shift from phones that we carry in our pockets, to wearables that we attach to our bodies. Lighter headsets, more acceptable to wear for longer periods of time, will emerge. Screens will become better and less power-hungry, and will work in direct sunlight, allowing for more comfortable outdoors usage. It’s hard to know how long it will take for these improvements to come, but they will contribute to the generalization of augmented reality and its acceptance among the public for everyday tasks, as envisioned by Michio Kaku.

We have already created some amazing experiences for HoloLens, and I can’t wait to continue to explore the possibilities for this device and technology. When HoloLens was officially released a year ago, we were ready and knew exactly what the device could do. We were immediately approached by clients from all over the U.S., and then all over the world, to talk about their plans for HoloLens. We understand that we have an opportunity to guide clients to help them realize the full potential of this device. This is why we introduced our Envisioning Workshops, where a team of creatives and developers work with a client to understand their industry and propose a HoloLens-based solution to enhance their workflows. These workshops run from just short demos to several weeks at the end of which we produce various content based on the client’s needs and desires.

We also offer professional concept videos that demonstrate what can be achieved if the project is developed. This helps clients express their vision and tell the story to other stakeholders about how the proposed application can help them, or to work on additional ideas to refine the project with their teams. We can also develop a proof-of-concept HoloLens application that clients can use on their own device to show what can be done.

We congratulate Microsoft and especially the HoloLens team for the HoloLens one-year anniversary. Developing this device took vision and courage, and HoloLens is clearly leading the pack now--that’s a great accomplishment. We feel very honored to partner with the Microsoft team to create incredible applications, and we are excited to see what is in store for the future of HoloLens and mixed reality!

If you would like to explore possibilities for using mixed reality technology in your business, contact us.

We've all seen the amazing third-person captures of Microsoft HoloLens experiences, which Microsoft ...

One Year of HoloLens: What We've Learned and Where We are Headed