Around this time 5 years ago I was among the first people in the world given the opportunity to spend quality time with the HoloLens 1 as part of the Holographic Academy at the //build 2015 conference. It was an exciting time and I captured my impressions in a blog post back then called Magic Moments – Recap of the Holographic Academy. After attending last week’s Build 2020 and Mixed Reality Dev Days 2020, I wanted to capture all of the Mixed Reality innovation and announcements again, including my Fireside Chat with Alex Kipman, in a Magic Moments Redux. 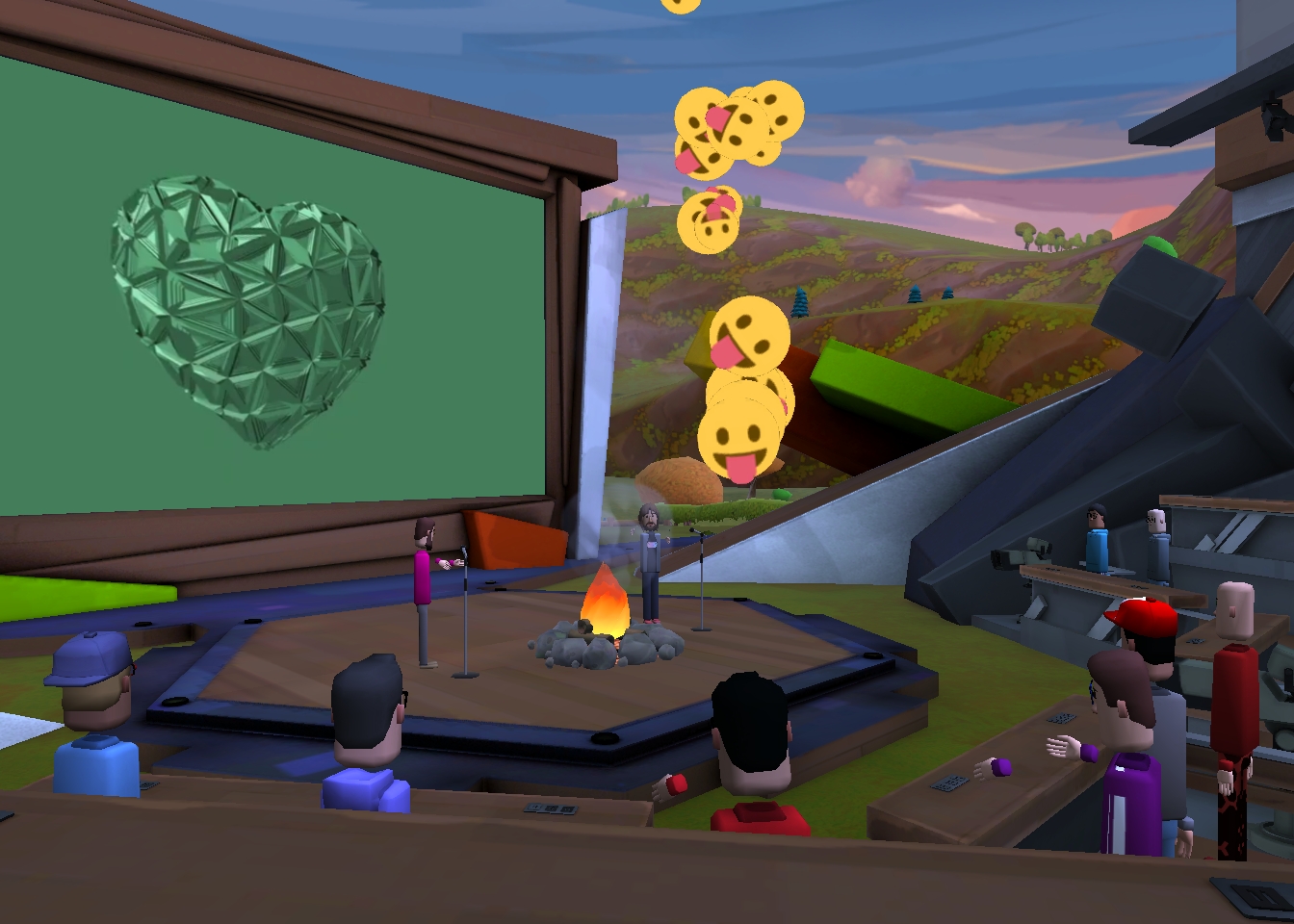 AnnouncementsSome exciting Mixed Reality announcements were made at Build and MR DevDays 2020, including the doubled production capacity of the HoloLens. This means expansion of HoloLens 2 shipping to many new markets and online ordering through the Microsoft Store in July 2020. Also, some impressive stats were shared on HoloLens 2 ROI and how the device is already improving efficiency across industries:

A new software update for the HoloLens 2 was also released including:

We also heard about the latest updates for Azure Mixed Reality services and Azure Spatial Anchors (ASA) which are now out of preview and generally available, and free, till August 1st 2020. ASA allows you to create a digital copy of the real world to map, persist and share 3D content in the context of the physical environment.

A game changing Azure MR service recently made available in public preview is Azure Remote Rendering (ARR). This exciting resource allows you to visualize huge 3D models, with the detail of hundreds of millions of polygons on an untethered, mobile device like the HoloLens 2.

Another exciting feature addition for HoloLens 2 announced last week is the support for web-based Spatial Computing WebXR applications powered by the Firefox Reality browser and Babylon.js 3D engine. Here’s a quick demo video showing it in-action on the HoloLens 2:

Microsoft also shared examples of how Mixed Reality and the HoloLens are assisting frontline workers during the current COVID-19 pandemic by manufacturing PPEs and ventilators, facilitating remote training and education and even helping with direct patient care. 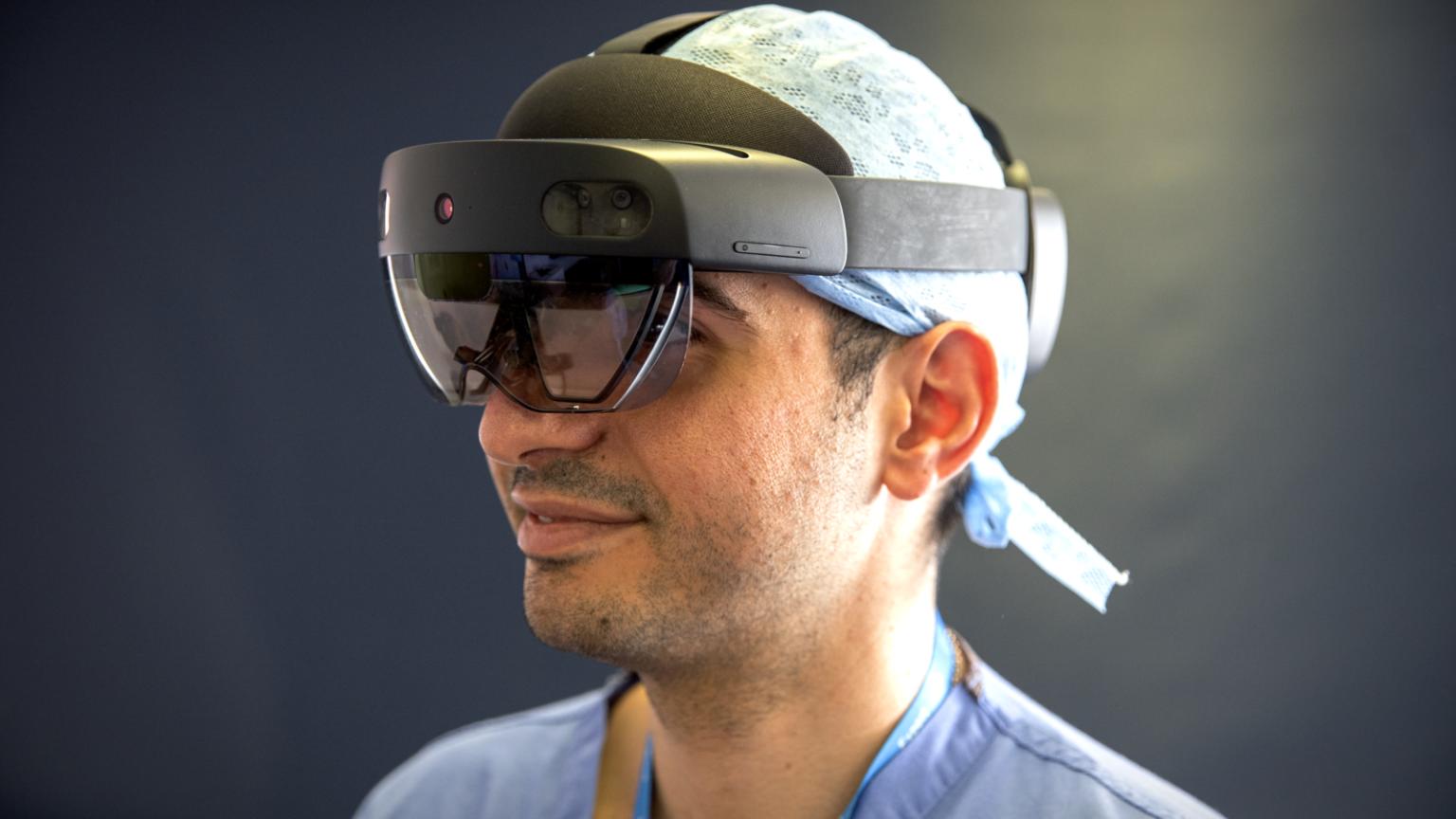 Conference Format and SessionsDue to the COVID-19 pandemic both events were held online-only. Build 2020 via the classic Channel 9 streaming format and some interactive networking sessions via Microsoft Teams. MR Dev Days took it a step further and used Microsoft’s own AltspaceVR platform to host the sessions in Virtual Reality. MR Dev Days sessions could be joined in 3D with a VR headset or in 2D using a Windows app. In AltspaceVR attendees are represented as customizable avatar characters in a 3D world with specially built 3D rooms/spaces. AltspaceVR was a great experience and much more immersive and personal than just watching session videos. Specifically, the MR Dev Days Networking Space was amazing. I was able to reconnect with old contacts and make new ones in a fun and personal way. 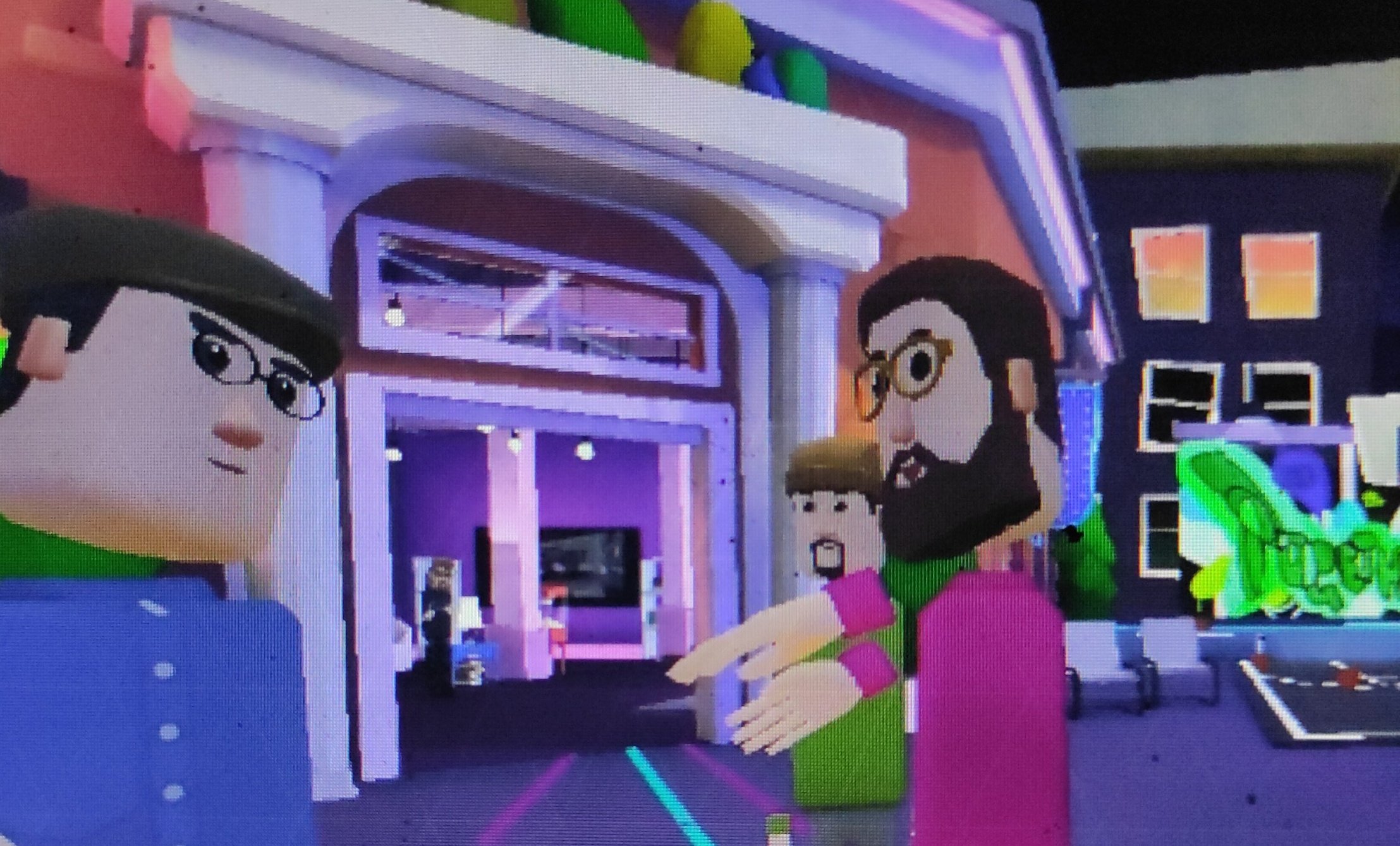 Mixed Reality Dev Days 2020 Day 1The first day started with a keynote by Alex Kipman, Microsoft Technical Fellow and the innovator behind the Kinect and HoloLens. Alex talked about HoloLens’ 5-year journey, great use cases and new feature and capability announcements. He even had an interactive quiz which worked really well in AltspaceVR with its interactive capabilities. The session was also streamed via YouTube:

Mixed Reality Dev Days 2020 Day 2I had the honor of kicking off day 2 of MR Developer Days via an hourlong Fireside Chat with Alex Kipman. 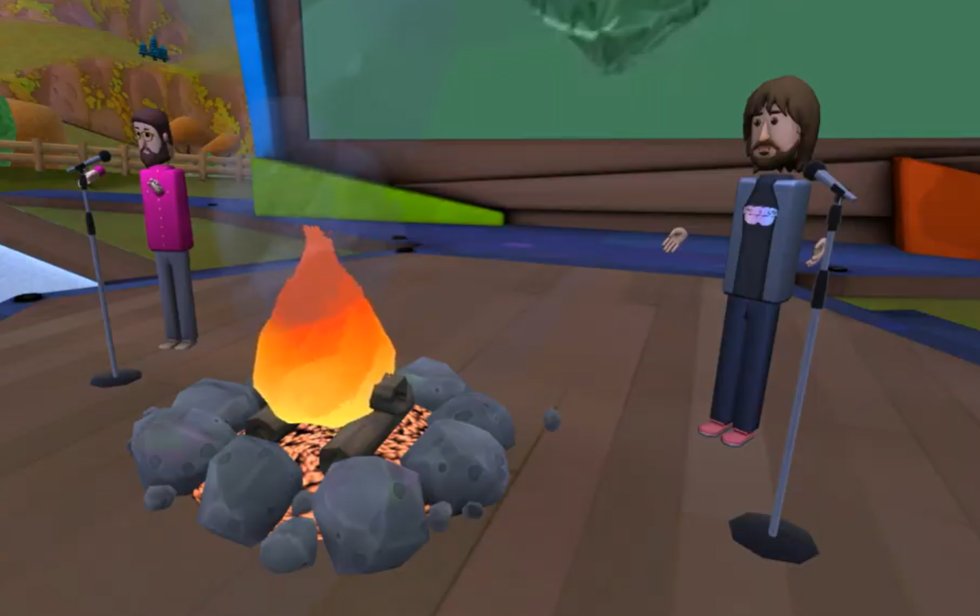 During the chat I asked Alex lots of questions about his past, present and future visions for AI & Mixed Reality. Alex openly talked about all things HoloLens, Mixed Reality, AI, Responsible AI and the open ecosystem. You can watch our full session via the YouTube live recording here:

After our fireside chat, Day 2 concluded with exciting sessions covering WebXR, OpenXR, StereoKit, MRTK, Azure Kinect and more. All MR Dev Days session were recorded and will be posted on the event website soon. Some Mixed Reality Session recordings from Build are already available.

The Build 2020 conference was the best online virtual event I have attended so far. The production quality was top notch and the 20-30 minute sessions (including keynotes) were great for the shorter attention span of online events. It was also fun to see all of the creative videos that were played during session breaks. We MVPs were asked to record a short clip thanking the people that help and inspire us during this COVID-19 pandemic and it was a great surprise to see my thank you video to my wife -recorded with our 3D volumetric video streaming solution HoloBeam in 3D- during the live stream breaks!

The crown of the best virtual event was then passed from Build to the Mixed Reality Dev Days thanks to the AltspaceVR platform which made attendance much more immersive and closer to attending and speaking at a face-to-face event. Of course, it is still not the same as an in-person event and I’m looking forward to be speaking at in-person events again, but AltspaceVR comes quite close and I hope this VR format is being leveraged in many more virtual events in times of COVID-19. 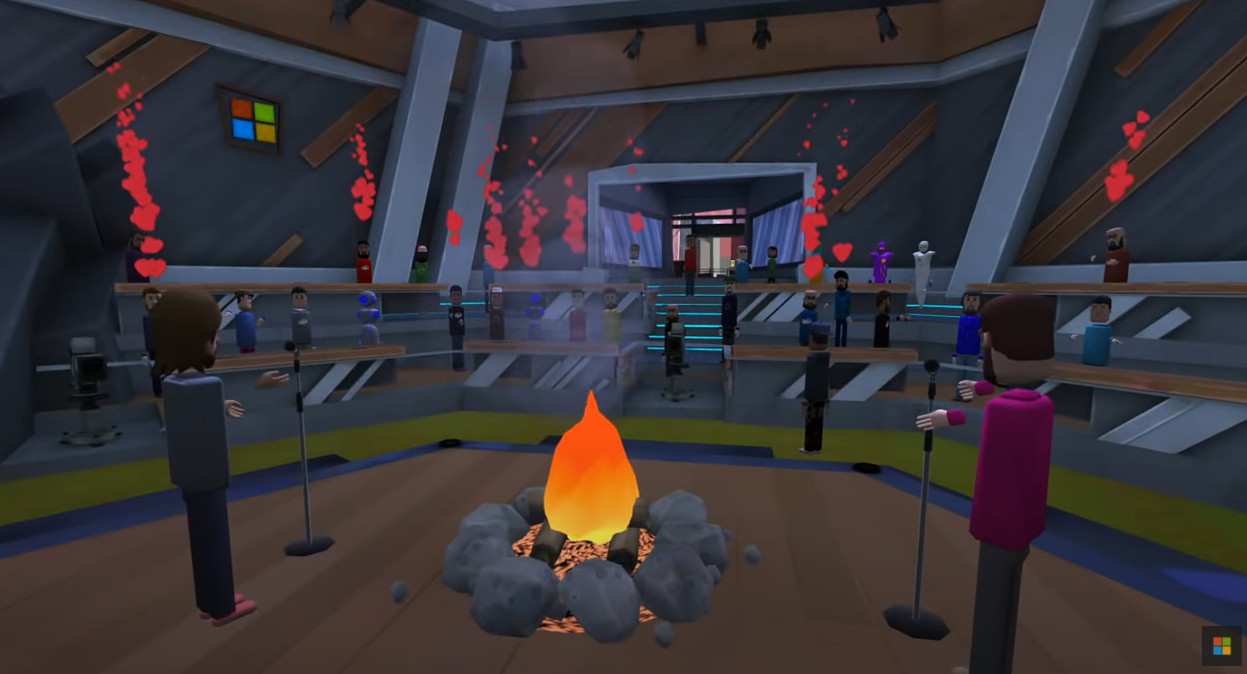 If you have a Spatial Computing project in mind, we would love to hear about it! Reach out to us as marketing@valorem.com to schedule time with one of our industry experts.