Published by Valorem Reply
Valorem's holographic telepresence technology, HoloBeam, is being demo'd at the flagship Microsoft store in New York and showing clients how impactful MR can be on teamwork and collaboration.

In 2015 Microsoft released the world’s first holographic, head-mounted display device, called the HoloLens. The flagship Microsoft Store in New York became the first and only store in the world where the general public could go to try this exciting new extended reality (XR) technology in its first year of release. After their Sydney flagship store opened in 2015, it became the next location to have the device in store for the general public to experience. Until recently, these were the only two locations where consumers could get hands on with HoloLens; However, the beginning of 2018 marked a renewed focus on mixed reality (MR), resulting in fourteen additional US Microsoft stores with public visibility to the device. Now, for the first time, consumers can also buy HoloLens on the spot at these locations. With the increased focus and access to on-hand inventory, in-store business specialists began seeking new and more impactful ways to demonstrate the power of the device to clients in store.

In the past, store representatives relied on online videos of MR applications to demonstrate the various use cases and possibilities of the HoloLens technology in the workplace. That is how HoloLens Expert, Patrick Kretzler at the flagship Microsoft Store in New York, first learned of Valorem’s telepresence technology, HoloBeam. This innovate application allows HoloLens users to communicate in real-time with holographic likenesses of their colleagues from anywhere in the world. Using 3D depth motion, full color volumetric video and a standard internet connection (5 MBit), HoloBeam removes geographic barriers to team collaboration and real-time communication. Customers were so impressed by the videos of HoloBeam in action that Patrick decided it was time to make it possible for visitors to demo the actual application on the HoloLens device instead of simply watching a video.

“When we first started showcasing the HoloLens, we were limited by demos we could show, so we relied on web videos to show customers a quick look at the possibilities of the technology.  One of our go to videos was the HoloBeam video because it was so unique and customers were stunned by the potential it has in the future. With a focus on MR and HoloLens at the beginning of this year we started selling HoloLens in store, I decided to reach out to Valorem to get the actual demo at our location to wow the customers and show the importance of holographic technology.”

The flagship Microsoft Store in New York is focused on building relationships with customers and is a destination where everyday customers, business customers and partners, can experience HoloLens through its in-store VIP tours. Enterprise customers can now schedule private demos of the HoloLens device and HoloBeam technology in a Technology Suite that provides ample space and privacy to interact with the digital and physical world around them. This space is ideal for organizational stakeholders to experience and envision the possibilities of this emerging technology in the work place first-hand. The flagship store also offers private enterprise tours of other Microsoft 365 solutions, customized to the unique business interests and priorities of each customer. 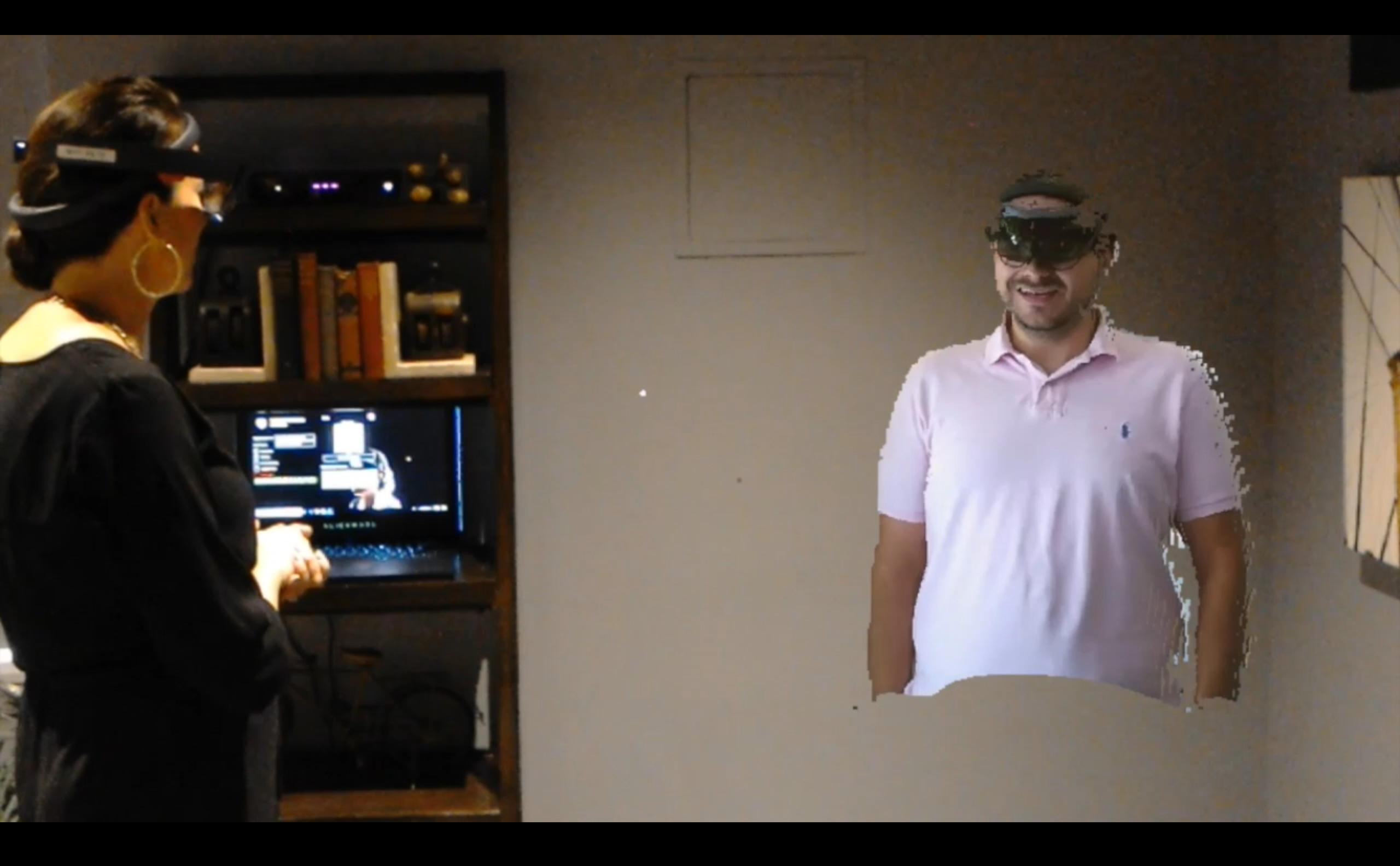 Since it’s release in 2016, HoloBeam continues to grow and receive recognition throughout the industry for leading the charge in telepresence conferencing. Forbes recently featured the tech in an article discussing the viability of remote volumetric telepresence and collaboration. Our latest HoloBeam iteration was also showcased at the 2018 Consumer Electronics Show (CES). An annual conference, produced by the Consumer Technology Association (CTA), that brought over 180,000 innovators together to introduce next-generation technologies. HoloBeam can also be experienced at the Microsoft Technology Center in  Munich. The next phase of development for HoloBeam includes more collaboration features that will allow team members to have shared interactions with 3D applications in the HoloBeam collaboration space.

Valorem’s Research & Incubation team, 3D artists and developers are continually pushing the limits of modern technologies like mixed reality and AI to develop Immersive Experiences that will drive efficiency and transform employee and customer experiences for our clients. We are honored our work was selected to help demonstrate “the art of possible” at Microsoft’s flagship store. To learn more about HoloBeam or to set up a private tour at Microsoft’s 5th Ave Store, email marketing@valorem.com.